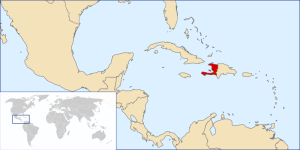 Haitian and non-Haitian observers alike have been attributing religious explanations to the devastating earthquake that occurred earlier this week. On the one side are those Haitians praying and singing songs with lines such as “Forgive me, Jesus” and “O Lord, keep me close to you.” Pooja Bhatia, a fellow at the Institute of Current World Affairs, reported from Port-au-Prince that preachers have been giving “impromptu sermons, reassuring their listeners in the dark: ‘It seems like the Good Lord is hiding, but he’s here. He’s always here.’” Bhatia described how some residents “said God was angry at sinners around the world, but especially in Haiti. [One] said the quake had fortified her faith, and that she understood it as divine retribution.” For more, click here.

To find out how you can help with the relief efforts, click here.

On the other side is the Rev. Pat Robertson. On his “700 Club” program shortly after the earthquake, the ever-controversial Robertson – notorious for blaming secularists and gays for Hurricane Katrina and the events of 9/11 – set the stage for another deluge of outrage when he said, “Something happened a long time ago in Haiti and people might not want to talk about it … They got together and swore a pact to the Devil. They said, ‘We will serve you if you’ll get us free from the French.’ True story. And so the Devil said, ‘Okay, it’s a deal.’ . . . But ever since they have been cursed by one thing after another.” Numerous commentators, both conservative and liberal, immediately denounced Robertson’s comments. For more, click here.

3 thoughts on “NEWS: Religion and the Haiti Earthquake”