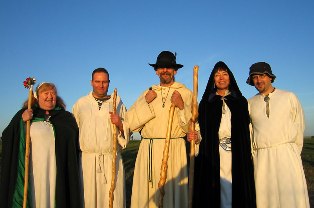 A new GCSE course, introduced in 50 schools from September 2009, would give British pupils a chance to study the Unification Church, Rastafarianism, Atheism, Falun Gung, Jehovah’s Witnesses, and the Order of Bards, Ovates and Druids, as part of a syllabus designed to deepen understanding of religious diversity in Britain and in the world at large. The course will also look at religious attitudes towards issues such as human rights, gender equality, rap music, same-sex marriage, genetically-modified food, and cloning. While some academics have described the new course as ‘intellectually exciting’, conservatives are outraged by the inclusion of atheism and relative absence of traditional religions in the course. One of fastest-growing GCSE’s in the UK, Religious Studies has witnessed a startling increase in the number of entries from 24,000 to 171,000 in the past two years. Read full story here.