Roland Boer is a research fellow at Monash University, and the author of ‘Rescuing the Bible‘. Apart from writing books, he loves to travel by ship when he can and cycle as far and as long as possible. 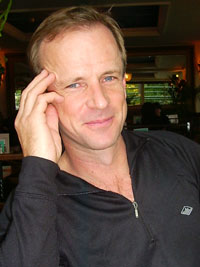 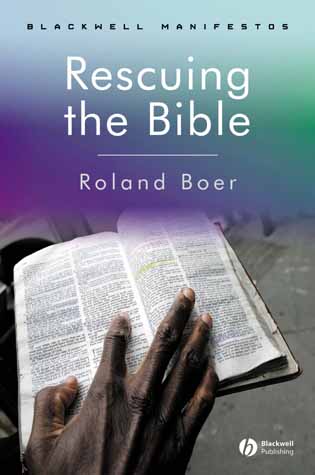 I would like to paint a landscape – the contemporary religious landscape. What does this landscape look like? Wherever we look reactionary and fundamentalist, or so-called ‘Bible-based’ religion seems to triumph. In Rome, one right-wing pope is followed by another. The current pope (a former head of the Inquisition) has just overseen ‘World Youth Day’ in a global show of reactionary strength. On a range of moral issues, the conservative regime in the Vatican attacks contraception, abortion and stem-cell research. Radical clergy and scholars constantly watch their backs. In parts of the Roman Catholic Church of Australia where the ultra-conservative Cardinal George Pell (he has been archbishop of both Melbourne and Sydney) holds sway there is a systematic effort to return to a pre-Vatican II agenda, especially in theology, education and sexual morality. A former football player turned parish priest, Pell has risen rapidly through the hierarchy – all the way to cardinal elector – due to his uncompromising conservative stances on religion, sexuality, Islam, education, and the environment (he believes global warming is rubbish).

In the USA, Bible-brandishing fundamentalist Christianity is so deeply entrenched, especially in the southern states, that the primary question for teenagers is not, ‘have you had sex yet?’ but ‘have you accepted Jesus yet?’ Global warming, peak oil, the disaster in Iraq, an Iranian attack on Israel (or vice versa), even the possibility of a Democrat victory in the US elections are all signs of the imminent end of the world, the Rapture, Armageddon and then the return of Jesus. For a handy ‘prophetic speedometer of end-time activity’ one may even consult the ‘Rapture Index’.

In order to do so I suggested a political alliance between the religious left and a resurgent secular left. And the slogan for that alliance is to be ‘as wise as serpents and as innocent as doves’ (from Matthew 10:16). The wisdom in question is a very worldly wisdom, one based on experience and maturity. Such wisdom or even cunning knows how to live in the world without, however, being caught up in its corruption and exploitation. So I suggest we call ourselves the worldly left, a coalition of the secular and religious left.

This idea of a worldly left – one that is as wise as serpents and as innocent as doves – takes place when a very diverse left is in resurgence. Here is one example: at the protests against the World Economic Forum in Melbourne in 2000 and then again at the G20 meeting in 2006, we found anarchists, environmentalists, socialists, feminists, various elements of the loopy left, and some religious groups for whom the protests were perfectly consistent with their own convictions. Rescuing the Bible sets out to respond to these two problems by someone on the religious and political left. The best way to summarise what I wanted to so with the book is by means of the six theses. Here they are:

To summarise: my task in Rescuing the Bible is to rescue the Bible from the clutches of the religious and political right, its most systematic abusers. It is far too important and too multi-vocal a text to be surrendered to right-wing agenda. As far as the left is concerned, the old divisions of religious left and secular left are no longer workable. So I argue that they should unite in a common front – a ‘worldly left’ – in order to reclaim and rescue the Bible for radical politics. Fortunately for such a common left, the Bible is so multi-vocal that it is perfectly plausible to draw from the Bible a deep current of revolutionary themes. And it matters not whether those who read the Bible in this way are ‘believers’ or not.
By way of conclusion, let me give one example of rescuing some specific biblical texts, namely the sticky texts of Acts 2:44-5 and 4:32-5. They read:

And all who believed were together and had all things in common; and they sold their possessions and goods and distributed them to all, as any had need.

Now the company of all those who believed were of one heart and soul, and no one said any of the things which he possessed was his own, but they had everything in common. And with great power the apostles gave their testimony to the resurrection of the Lord Jesus, and great grace was upon them all. There was not a needy person among them, for as many as were possessors of lands or houses sold them, and brought the proceeds of what was sold and laid it at the apostles’ feet; and distribution was made to each as any had need.

I said these are sticky texts. And they are so because they present a clear image of communal, if not communist living. So what do a range of scholars do with this text? They argue that such communal activity was voluntary and only for a short time (during a festival) and by no means the ‘imposition’ of a communist system. Or we find that such common living is restricted to that new invention of the last couple of centuries, the nuclear family (which, by the way, cannot be found in the Bible). Not only is this a very popular argument today, but it was also an argument of Luther and Calvin, who were desperate to avoid the communal interpretations of the Anabaptists and the abuses of Roman Catholic monasteries. Or, as neo-orthodox readings suggested, the qualities of unity, love and generosity are abstracted from the passage and the actual practice pushed into the background. In the last century the resistance to communism and the effect of the Cold War lies heavily on the interpretation of these texts. In reaction to claims by communist scholars such as Friedrich Engels, Karl Kautsky and Rosa Luxemburg that these texts speak of an early Christian communism that has much in common with the communism we know, a wide range of scholars resisted such interpretations in the name of the private individual. So the historical possibility was undermined, the text spiritualised or its sense diverted into acceptable forms of cooperation such as the family or one’s local church. In short, a wide range of interpreters sought to negate the text.

Over against these efforts to bury such images of communist living, Rescuing the Bible sets out to reclaim them. A powerful way of doing so is to recover a tradition of readings by notable radicals and revolutionaries for whom the Bible was central. For example, Acts 2 and 4 were important for Gerrard Winstanley and the Diggers of 17th century England who saw in them the inspiration for their peaceful political, social and economic movement of cultivating the commons and inviting all to join them in communist living. It has also been a crucial text for The International League of Religious Socialists, which has over 200,000 members and represents religious socialist movements in 21 countries and across a number of religions (www.ilrs.org), or Étienne Cabet (1788-1856), who, arguing that communism is in fact pure Christianity, fled France to establish socialist or ‘Icarian’ communities in the United States, or Father Thomas J. Haggerty, a Marxist Roman Catholic priest and founder of the Industrial Workers of the World (the ‘Wobblies’). And then there is Jose Miranda, who in his Marxism and the Bible cites these verses as part of his argument that communism and the classless society have their roots in the biblical tradition. These images of communal living join others in the Bible as well, such as Micah 6:8, Isaiah 35:5-7 and 61:1-2 to develop what I call a political myth. These texts do not present a pure golden age to which we should return; rather they form a powerful motivating myth that provides a sense of what might be possible.